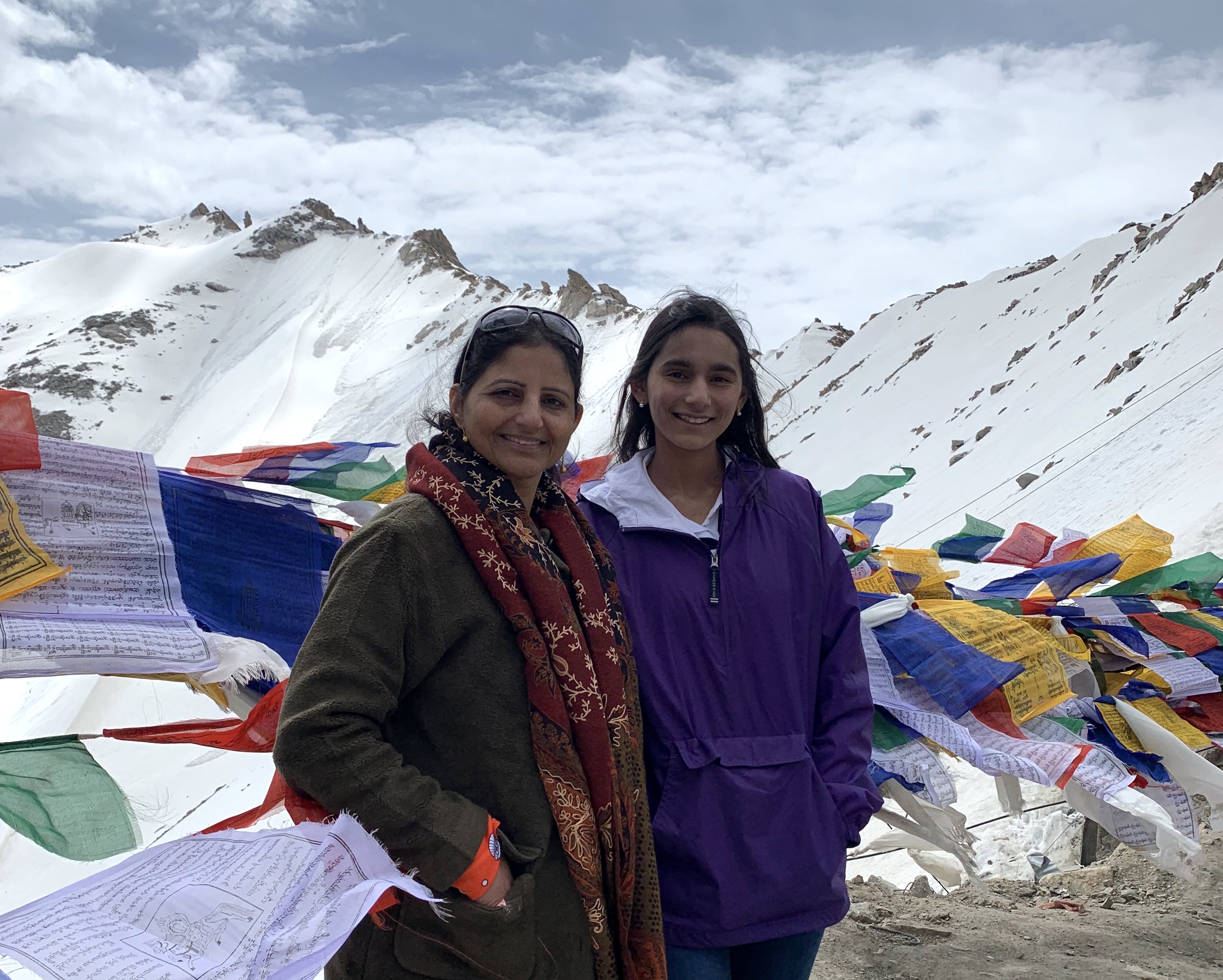 Vedified is an initiative by Jyoti and Charu Chaturvedi, a mother-daughter duo that loves to live healthy. We are both engineers by profession, but also enjoy rediscovering ancient knowledge that can unlock secrets to a happier, healthier life. Vedified is an effort to preserve and spread the Vedic knowledge that has been passed down for centuries in ancient India in various texts and scriptures. This site is a collection of the best tips on living a vedified life.

Vedified is a play on the Sanskrit word Veda, which simply means 'knowledge'. The root for Veda is Vid, meaning 'finding' or 'understanding'. That which you understand is knowledge.

The Vedas are the most ancient texts in the world, first believed to be written between 1700 and 1100 BCE. Prior to this, the Vedas were passed down for centuries purely by word of mouth. The knowledge contained in the Vedas was discovered by ancient sages after intense meditation.

Rig Veda
The oldest of the four, meaning 'knowledge of praise', containing 1,028 hymns, or praises of the divine.
Yajur Veda
The 'knowledge of rituals', this is a compilation of formulas and mantras that are mostly associated with the sacred fire ceremony, or Yajna.
Sama Veda
Known as 'the book of songs', this is the foundation of Indian classical dance and music. It also contains theories about the origin of the universe, as well as philosophical ideas central to Hinduism.
Atharva Veda
The youngest of the four, this 'book of everyday formulas' contains mantras covering advice and treatments, from surgery and herbal remedies to spiritual healing and even philosophy.

These four Vedas collectively are known as Chaturveda, or 'four Vedas'. The Chaturvedi community derives its name from this, as the 'student of the four Vedas'.

There are also 4 Upvedas, that were written after the Chaturvedas. The prefix Up- literally means "sub" or "part of", as these Upvedas derive and focus on the practical knowledge from the 4 Vedas that is essential for daily life and society:

These Upvedas were written by sages who, like the sages before them, were able to discover all this knowledge after intense meditation and study. The Upvedas contain deep knowledge that is as useful today as it was 2,000 years ago.

The mission of Vedified is to help rekindle the knowledge from the Vedas and Upvedas, which ancient sages worked to discover and the ancestors of the Chaturvedi community made sacrifices to protect. We hope you find this information helpful, and that it helps create a happier, healthier life for you and everyone around the world.

Your email address will never be sold or shared